The new Ferrari is with us... 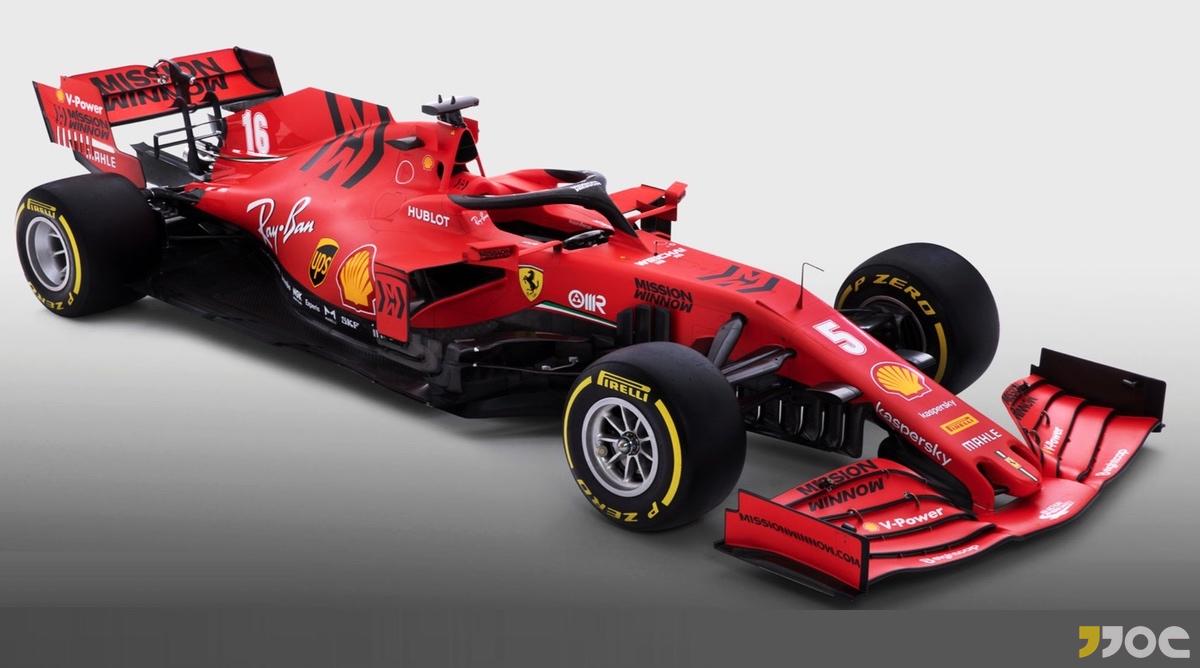 Ferrari has launched its new  2020 challenger - dubbed the Ferrari SF1000  - at the Teatro Valli in Reggio Emilia, celebrating the Italian national identity that the team carries - often as a burden. The event  was held in the city because it was where the Italian national flag was first used 223 years ago.

In the presence of Ferrari chairman John Elkann and Vice President Piero Ferrari and Ferrari CEO Louis Camillieri  the team launched what it says will be the 66th single seater built by Ferrari, which will this year mark not only F1's 70th season, but also Ferrari's 1000th Grand Prix.

"Ferrari has this magical appeal which is as powerful as it is dificult to describe," Camillieri said. "We all at Ferrari are very conscious of the huge responsibilities that lie on our shoudlers and we clearly are very focussed on the ultimate gaol which is victory and we believe we have the talent and determination to make our ambitions become real. With responsibility comes a lot of pressure, which we view in a positive manner as it has the effect of uniting and inspiring us to do ever better. I can assure you that we are more demanding of ourselves than anyone else could ever be.

"It is going to be an interesting year with tough competition," he added. "But is is also an important year because in parallel we have to develop and create a car in line with the new regaulstions for 2021 and beyond, so the team is going to be very very busy. I think Mattia and his team are doing a great job and we look forward  to sucess, but we are not just looking at this season or the next race. We are very much focussed on the long term. i have a great respect for his leadership skills and the way he is instilling a team spirit and a culture that will make us ever stronger and more successful."

The car looks very similar to the 2019 car but with much work having been done at the rear. The sponsorship is the same but the car appears a little different as it appears to have both matt and gloass paint, which is expected to be a feature on a lot of cars this year as there are small but important advantages to be gained from this.

"The group is still young," Binotto said. "We still have to grow and we have to learn from our mistakes. We have to concentrate on reliability which was one of the weak points last year."

Thoughts on the first day of winter testing...

Come and meet Joe in Melbourne

Come and talk to Joe in London