The new Renault (or rather the lack of it) 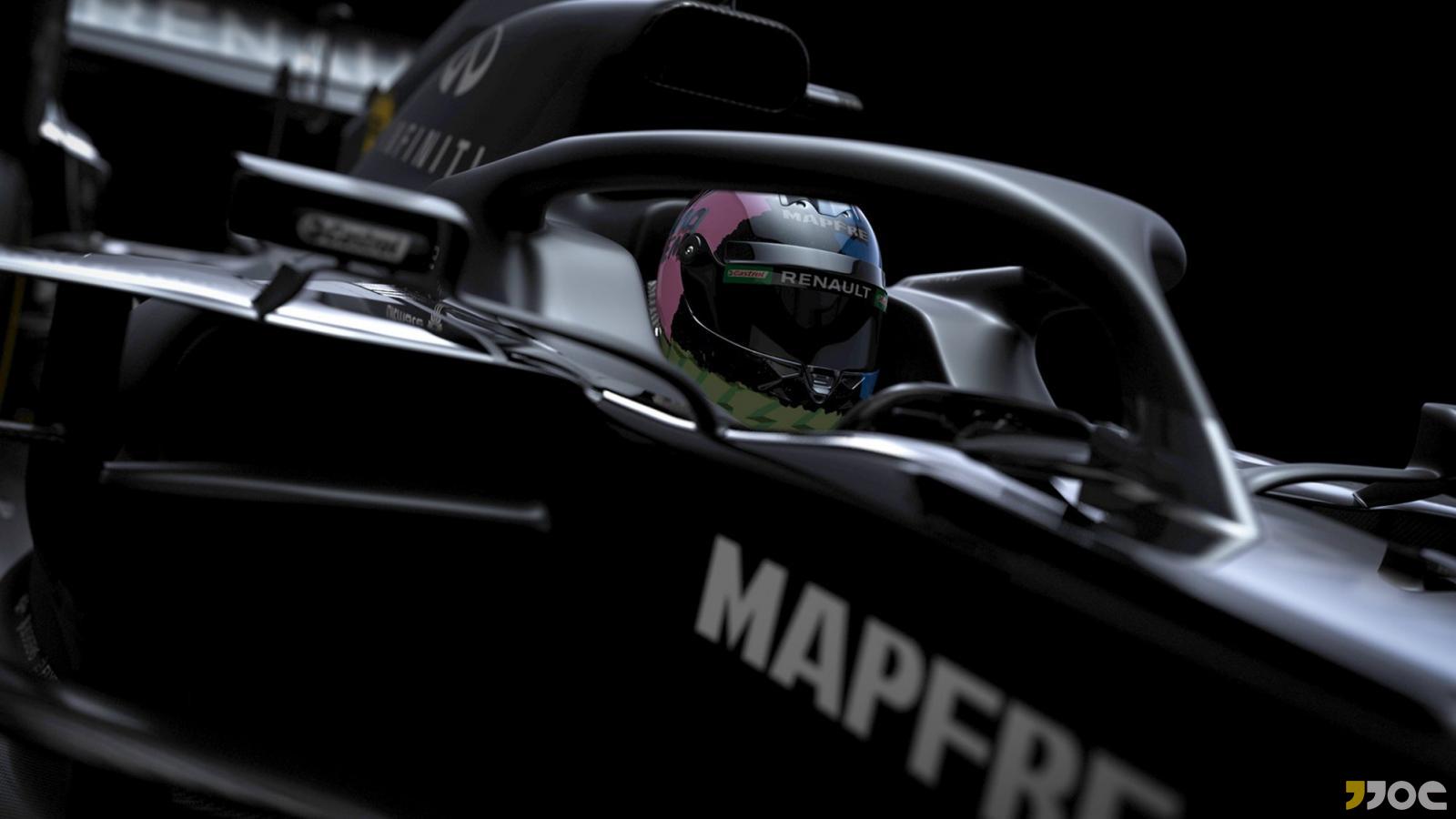 Formula 1 teams have done many bizarre things over time, but holding a car-less car launch, not even presenting a complete rendering of the new machine, is probably a first in the history of the sport - although I am sure that someone out there will come up with an argument about how this is not the case.

To be fair, if one reads the Renault blurb before the event it does say that there would only be "glimpses" of the new car, which suggested that the vehicle in question would not be present for the event. Nonetheless, one is left asking questions about such a strange presentation. It is a little like getting a Christmas present and ripping off the wrapping paper to find an empty box. The team did issue four renderings of bits of the new car, which told everyone very little. Perhaps it was intended to be this way, a cunning plan to stop rival teams analysing the new machine.

My first thought, however, was not that the team was trying to hide some secret work of genius, but rather: "Are they having a laugh?"

The press has not been kind to Renault in the last year, so was this a way to get back at the doubters? Probably not, I concluded.

So what could it be? And therein lies the problem with the car-less car launch concept. If there is no car to talk about, the very first reaction of journalists is to ask why there is no car. And why they are looking only at "glimpses" of the 2020 challenger. It is a fair point. The other teams seem to have managed to produce cars on time, although the Haas was a rendering, a subject about which I am not an expert. I did wonder if the Red Bull was also not the real thing, and whether the funny shaped aerodynamics on the nose was some kind of diversionary tactic to get all the other teams wasting windtunnel time to see if those scoopy things do anything useful - a sort of Formula 1 Operation Mincemeat. To be honest, if we in the media could tell such things, we wouldn't be in the media and would be earning fortunes sitting in windtunnels. So, race fans, always be aware that journalists spourting forth on technical matters in this day and age in F1 may not have a clue what they are talking about...

Still, The Mystery of the Missing Renault is probably not a case for Inspector Maigret. It is either on a very tight schedule, or perhaps it is behind schedule, or perhaps the team just wants to be talked about, adopting the latest concepts in disruptive marketing. To be honest, it really doesn't matter - as long as the car turns up (and works) in the testing in Barcelona.

It is isn't there, well, that's another story...

Anyway, the car-less car launch took place at Renault's flagship facility - the so-called Atelier Renault on the Champs-Elysées in Paris. The goal of this location was to underline that Groupe Renault is still heavily into F1, even if we are waiting for a new CEO to arrive... The current company boss (replacing international fugitive Carlos Ghosn) is a financial executive who is probably more likely to axe an F1 programme than an Italian who will take over later this year. Luca de Meo, the new man, is by all accounts something of a petrolhead and I am told that he was responsible for taking Stefano Domenicali to Audi to price up an Audi F1 programme a few years back, before Stefano became the boss of Lamborghini.

So his arrival ought to be good news for Renault F1.

The lack of a car meant that the focus was inevitably on the people present with Dan Ricciardo and Esteban Ocon being "unveiled for the first time in team colours" (Did they pull a dust sheet off the pair?) and asked to talk about their hopes and dreams. There was also the new test driver Guanyo Zhou from China. Watch out for him. And there was the new Chassis Technical Director Pat Fry, who has stuffed his McLaren uniform in the cupboard and is now allowed to wear Renault colours.

Plus, of course, Cyril Abiteboul, the team boss, who is the M134 Minigun of F1, which can spout forth words at such a rate that only tape recorders can keep up with him. If you need a quick 1,000-word interview, Abiteboul is your man, as this takes about 90 seconds...

Just point him at a microphone and squeeze the trigger.

Green Notebook from the Côte-d'Or