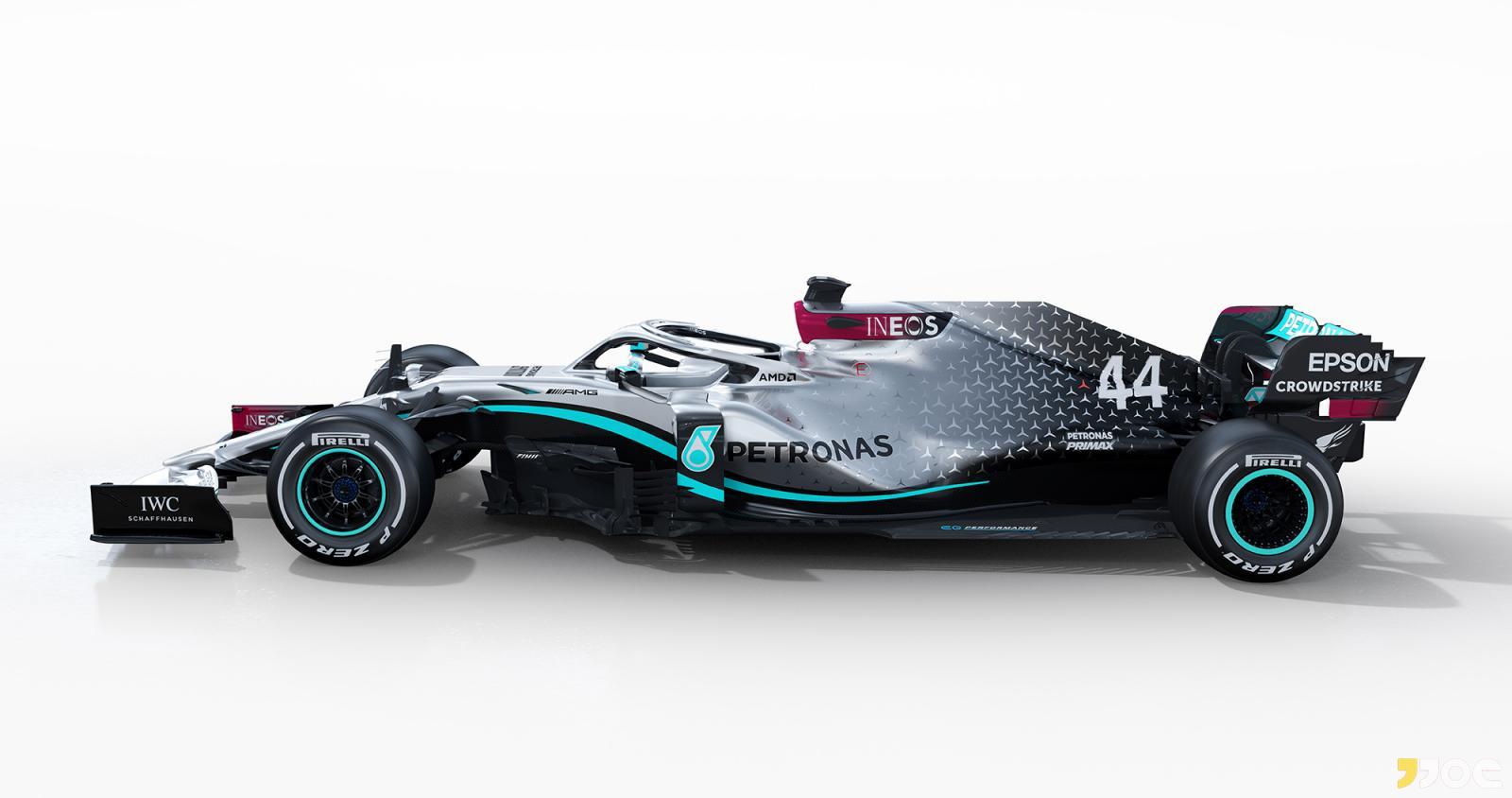 Mercedes has published some renderings of the new Mercedes-AMG F1 W11 EQ Performance, which Lewis Hamilton and Valtteri Bottas will use in 2020, as they try to win a seventh straight World Championship for the Brackley-based team, is a development of the 2019 model. The team has improved the car and has changed the vast majority of the over 10,000 parts of the car, in an effort to extract more performance.

"The regulations stayed largely the same for the new year, so for us it was all about trying to make sure that we don't run out of development steam on a package that worked pretty well for us last year," said James. "We wanted to change aspects of the concept of the car - aspects that would be completely impossible to change within a season - to give us a more fertile platform for the new season. We tried to make a few well-chosen architectural changes to keep the development slope strong even though the regulations are now a little bit longer in the tooth."

"At the front we have accepted more structural complexity around the uprights and wheel rims in order to provide a higher performance assembly overall," said Allison. "In the middle of the car we have followed the pitlane trend by moving our upper side impact tube to the lower position and banking the aerodynamic gain that comes with this layout. At the rear of the car we have gone for an adventurous suspension layout in order to free up aerodynamic development opportunity. All three investments were improvements in their own right, but their real effect is to mobilize a raft of secondary aerodynamic gains both during the winter and, we hope, across the season to come."

"We will still have upgrades for Melbourne that will come in the second week of testing, but the 'entire new car' approach of 2019 won't feature," said Allison. "Last year, the regulations were changed quite significantly, and they were decided quite late in the year. Under those circumstances, doing a launch car and a week two car gave us the chance to build the maximum amount of learning into our Melbourne car. With the regulations being more mature this year and with the opening stab of the 2020 development already being at the same level as the finish of last year's car, repeating last year's approach would not make sense."

The new power unit, named the Mercedes-AMG F1 M11 EQ Performance is an evolution as the regulations stayed largely the same. However, while the chassis regulations go into their second year of relative stability, the technical regulations around the Power Unit have not had any major changes since the introduction of the current generation of 1.6 litre V6 hybrid engines in 2014, making the hunt for performance increasingly difficult.

"We have looked at every single system," said Andy Cowell, Managing Director of Mercedes-AMG High Performance Powertrains. "We have worked on a huge array of projects, and when summed together they will hopefully help propel the car around the track quicker and give the aerodynamics team more opportunities to improve as well."

The current F1 power unit one of the most efficient internal combustion engines ever built. A typical road car engine would usually reach about 30 percent of thermal efficiency, while the Mercedes is now over 50 percent.

The biggest change to the livery is the addition of new sponsorship from British chemical company Ineos, believed to be worth $26 million a year. Ineos now has an automotive division which is building an off-road utility vehicle, which aims to be the next generation Land Rover Defender. The Ineos Grenadier will be launched in 2021.

« The Alfa is running