It is only a week since the Australian Grand Prix was cancelled. It feels like it was in another age. So much has changed. I stayed in Australia and even lengthened my visit because I did not want to return home and perhaps create problems for family members who were staying at home. Now they have gone home I can return to my house (hopefully), where I will go into lockdown - like everyone else in France.

These are extraordinary – and astonishing - times and Formula 1 is being impacted in many ways by the spread of the coronavirus Covid-19. The biggest headache for the sport – and its teams – is the financial implications of not running races. Without races, the sport is effectively without the majority of its revenues, and that is going to cause pain. At the moment there are still a lot of people who are not facing up to the possible implications of the virus. They are still talking about running their events. This is ridiculous. The sport has a responsibility NOT to spread the virus and thus it must shut down. And we must face up to the possibility that we will not get a World Championship at all this year. That is not an alarmist remark, it is simply looking ahead in a situation in which it is impossible to make predictions. We don’t know enough about the virus and have no means of stopping it, and if the medical people don’t know, how can any observer think they know the answers? So it is foolish to speculate too much in a positive way because it will simply lead to fans being disappointed. One can argue that the first race of the year would logically be in China, where the virus is now slowing down, but it is going to be a long time before international travel is re-established and all restrictions are lifted. And one ought not to assume that countries that have cleared themselves of the virus will want visitors until it is clear that their countries are also clear. Right now, the problem is still developing and so we cannot even contemplate a list of dates.

According to the FIA regulations, the series must have at least eight races to constitute a World Championship and these must take place on at least three continents. Nothing is impossible. We have now lost the Monaco Grand Prix and the Le Mans 24 Hours has been pushed back to a “maybe” date. The Indy 500 cannot go ahead, even if the Americans have yet to understand what is required to slow the virus. It may already be too late for the country to avoid a similar situation to what we are now seeing in Italy, where a laissez-faire attitude to containment has led to a much worse impact than in China. More people have now died in Italy than died in China and there is no sign of things getting better. The French have shut down the country to an impressive level but Britain and the US and many other countries have faffed about. Thus far we have seen F1 behaving sensibly (although some media have made a big fuss about Australia). The latest sensible decision is to push back the new rules.

The new 2020 cars that have yet to be raced and will be retained in 2021, rather than being set aside with expensive new cars being developed instead.

The teams are not the only people suffering. The Formula 1 group shares are down from $46 a month ago, to $24 today, although they have been as low as $20 in recent days.

Some of the race promoters are also staring disaster in the face. The Circuit of the Americas is loaded with debt and without races there is no means to meet the debt repayments.

For now, it is difficult to speculate about where this will all end. But that is not a priority in the world today.

Sport has effectively stopped.  It isn’t important any longer.

We should not be racing at all, unless it is safe to do so. We must not try to push for normality yet, because normality is going to cause the virus to spread still further.

But, while sport should not cause more problems, it still has an important role to play in the future.  When the world is in conflict, there are very few things that bring people together. Sport is one of them.

Sport reduces conflict and it can achieve amazing things. Back in the Cold War, after more than 20 years of conflict, China and the United States broke the ice with what was called “ping-pong” diplomacy when China invited US table tennis players to visit their country and play a series of exhibition matches. A year later President Nixon went to China and diplomatic ties began to be built.

Nelson Mandela got it. He understood that appearing in a Springbok jersey after the team won the 1995 Rugby World Cup would help unite his divided.

Sport does many things: it keeps the young fit and healthy. It teaches them about leadership, teamwork and fair play. It makes them self-reliant and self-confident. It helps us all realise that we share more than we think. Sport has sometimes been described as being a substitute for war, with nations battling on sports grounds rather than on battlefields.

Johan Huizinga, a remarkable Dutch historian and philosopher, argued in his 1938 book Homo Ludens that the human capacity to play is a key element in building societies. In games we accept rules and it is this acceptance of rules that brings order to society and creates stability that would otherwise not be there.

So, it is important that sport helps to rebuild things after the virus passes. But that is going to take time. No-one in F1 had disaster plans to cover this kind of thing. Why would they? The World Championship is 70 years old and we’ve never seen anything like this before. And the medical world is still trying to understand what is happening.

We must face up to the possibility that there will not be a World Championship this year and that not all of the races and teams will survive the financial impact of the coronavirus.

Notebook from nowhere in particular »

Notebook from nowhere in particular 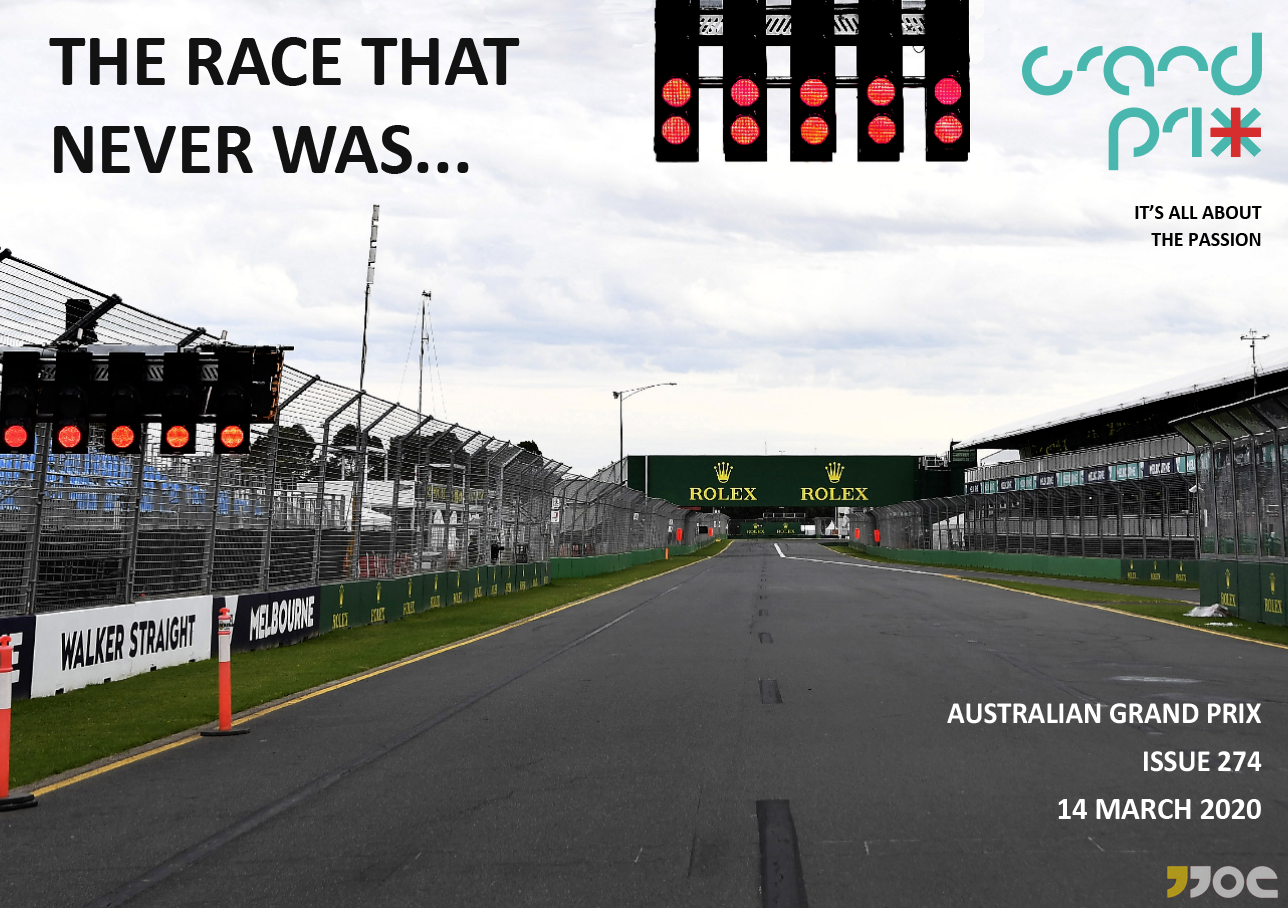 You're GP+ magazine is ready for downloading...