After three weeks on the road, and a triple-header of Grands Prix in points far away, coming home was a pleasure.

“Every traveller has a home of his own,” Charles Dickens once wrote, “and he learns to appreciate it the more from his wandering.”

For F1 folk in the time of Covid-19 that is so very true. We have spent much more time at home than normal in recent months - and we have grown to appreciate it more. In normal times we whizz from here to there between March and December and we have long been used to infrequent home visits. Of late, as a result of the pandemic, we have become accustomed to a homely existence, and so we appreciate what we are giving up. The consequence of this is that there are projects to be completed, or started, or moved on… and so since I returned from Budapest I have been busy…

This is (of course) an excuse as to why the green notebook is only happening today.

On Monday, after the race in Budapest, it felt like the start of the school holidays used to feel in my younger days. Having been in a strange sort of mobile lockdown in Budapest there was a sense that we would all be free when we crossed the border or climbed aboard a plane. Sticking to hotels and to the circuit, without mixing with the local population, was not such a difficult thing, once one had the question of victuals sorted out. We were wonderfully spoiled in Austria (thank you, Red Bull) but in Budapest the available sustenance at the circuit was the usual low-quality fare, although they had installed a couple of microwaves in the Media Centre so that we might at least heat what was on offer.

I felt rather sorry for the nice lady who tried to encourage us to eat their offerings, but to be honest there was no queueing involved. Admittedly, with only 18 journalists involved, queues were never going to be a problem.

For a moment there I almost used the word “issue” and fell victim of the other dreadful pandemic that is affecting F1 at the moment: using meaningless words. This began because the sport’s PRs became too lazy to find out what was wrong with their team’s machinery and so inserted “issue” instead whenever a car retired. Now I hate the word almost as much as those awful Americanisms: “reaching out” and “passing”. I see no reason not to use “asking” and “dying”…

Anyhow, I digress, the point is that we were all ready to go home. And that was quite a haul for me, having driven to Austria and then on to Budapest. In bite-sized chunks the journey had been easy enough, but by the end of it all, I was 1,000 miles from home and even if one drives a lot that is a fairly hefty journey.

I decided that it would be best to spread the trip over two days, and stop somewhere along the way on the way home.

Calculations revealed that the logical place would be Stuttgart or somewhere in its environs.

But it was really a case of suck-it-and-see because European hotel accommodation at the moment is readily-available and cheaper than chips and I concluded that I would just drive until it felt time to stop - and then booking.com would lead me a suitable hostelry.

There is always a temptation when travelling to stop and look at something beautiful, or take a detour to an historical place, but that was impossible in Hungary. All I wanted to do was to get to the border without needing to stop. That may sound a little odd, but I was not about to find out exactly what the Hungarian authorities meant by no contact with the locals and inside my own little bubble on wheels all was well and safe (for me and for them), so we were all happy. I motored along past high-scoring Scrabble-named towns Nagyegyháza, Tatabánya, Mosonszentmiklós and Mosonmagyaróvár until finally I reached Hegyeshalom, the frontier, where a bunch of Austrian soldiers looked at me suspiciously but allowed me to cross, without requiring a Covid-19 test certificate (of which I have a fistful) and suddenly I was in Nickelsdorf and free to stop as I pleased. But there was no intent to loiter as the target for that night still seemed a long way away. And so I skirted Vienna and Linz, Salzburg and Munich. I left the motorway only once - to get through the traffic around the last-named city – using an efficient rat-run which takes one to Dachau, a pleasant enough village with a dark history.

From there then it was across the plains to Augsburg and Ulm and then the always-surprising Schwäbische Alb, a chain of big hills where the rivers start stop flowing to the east into the Danube and flow west to the Rhine. I decided that I would stop in Esslingen.

Once this was an Imperial Free City with a busy crossroads of trade with a very profitable stone bridge, dating back to 12-something, which charged a toll and the money raised was used to make a pleasant town, today it is a Stuttgart suburb, but with a certain charm as the medieval centre survives. This is just a few miles east of Untertürkheim, where one finds (if one is looking) the global headquarters of Daimler AG (and its offshoot Mercedes-Benz). Across the other side of town is Zuffenhausen, the home of Porsche AG. Stuttgart is a car town.

In the morning I was off again but feeling the need to potter about a bit, I peeled off the Bundesautobahn 8, which I had been following since Salzburg, at Leonberg Ost and headed up the valley of the Glems, passing a sign to Schumisberg, which amazingly was not named after Michael Schumacher, and soon found myself at what looked remarkably like an old pitlane from the 1960s, complete with a race control tower on the other side of the road. I had found Solitude.

Solitude was a sort of mini-Nurburgring with some exciting high-speed sweepers through the forest, including a few classics, notably the uphill banked turn known as the Hedersbachkurve, a downhill double-hairpin at the Waldhotel and then a curling left-hander around the local pond. This was often a non-championship Formula 1 race and a super track it was. This was my first visit and came almost by chance as I realised that I was passing within a mile or so of the circuit.

Soon I was on the road again and nine hours later I finally got home, trying a new route up through the Saar Valley to Luxembourg, into Belgium and then down to Sedan, which has nothing to do with the type of car, and then after 60 miles on normal roads (damned tractors!) to Saint-Quentin and Amiens.

If truth be told the notebook at races in recent weeks has been rather empty, as one cannot currently visit the paddock and pick up the snippets. We are banned from the paddock and will remain so for some time and so the news that comes out is all the same. This is a necessary evil in the age of Covid-19 but it is frustrating for the journalists. The first group of 22, which was whittled down to 18, will be replaced at Silverstone by a second group who will soon discover that the restrictions make attendance less interesting than staying at home and doing it all with Zoom conferences. But some of us will keep going. It’s what we do and being there is important if one considers it to be so.

My view is that if there is a race then I should try to always be there and I am not sure how I would feel if I had to miss a race after 30-odd years of being at every single one. We will see. I talked to the FIA about whether I might continue attending more races and said that I would stand down if necessary, but that if others who attended the first events were going to be at the next races, then it would be only fair for me to attend as well.  The feds agreed. And so I will be off to Silverstone next week… 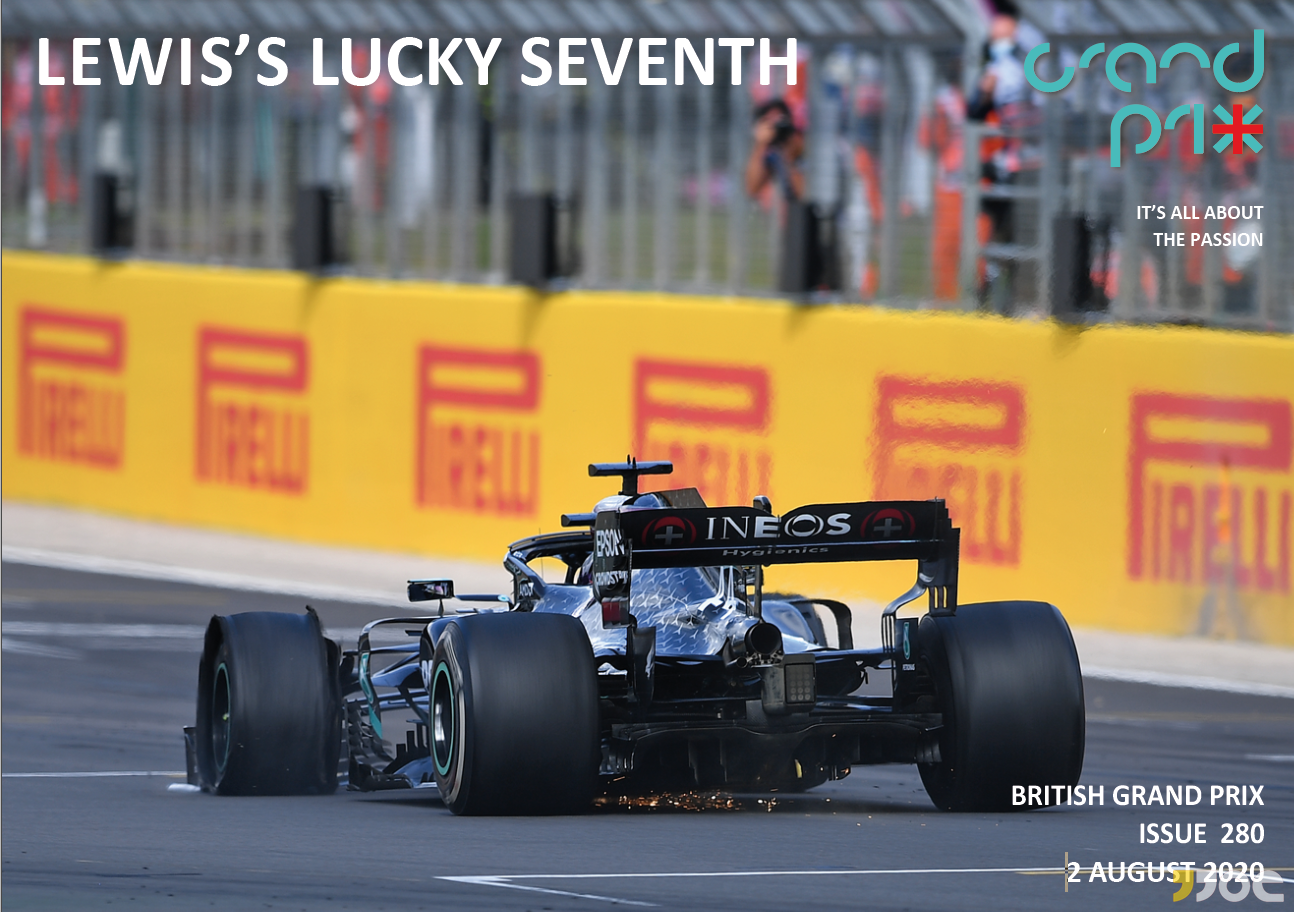